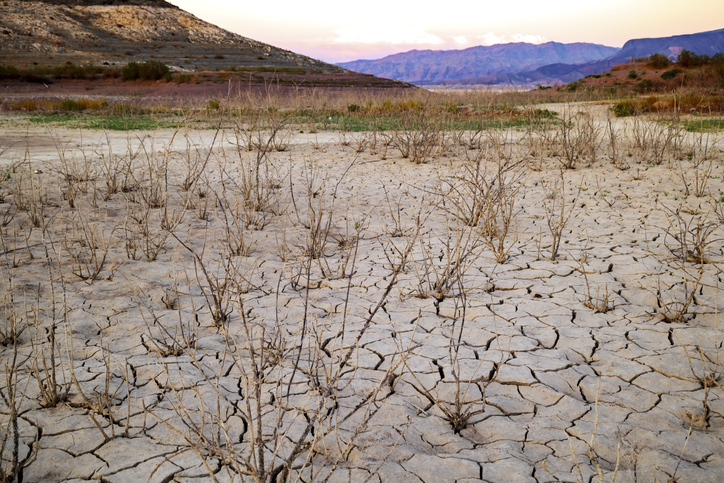 For those who have visited Lake Mead in the past, you know just how incredible this area is. It is an area that is typically teeming with life and filled with fun activities to engage in. There is still plenty to do and see here, and we welcome you to come out and stay with us at Callville Bay.

It’s important to know just how much the area has changed due to the Lake Mead drought. The water levels at Lake Mead are continuing on a downward trend. As of July 2022, the lake was filled to just 27% capacity. To see the difference, check out this NASA image and just how significant it has changed.

As those water levels continue to drop, there are many things that are showing up at the bottom of it and along the sides. If you have always wanted to go on a treasure hunt, there is no telling what could be found here. And no, we’re not talking about missing goggles and lots of empty plastic bottles (though you’ll surely find those, too).

What’s Been Found That You Just Have to Know About

Let’s be clear. Lake Mead remains beautiful and the type of place you want to spend your summer and fall months. Yet, you never know what’s going to wash up on shore here. Let’s talk about some of the eeriest items exposed by the Lake Mead drought.

There’s no doubt that this is one of the most worrisome and scariest of things that have been found in Lake Mead. In May of 2022, a barrel containing human remains was found. More so, the Las Vegas Metro Police believe there are likely more to be found.

There have been a few bodies found here, but one of the most recent discoveries has likely been under the water since the 1980s. This is the third set of remains found in recent years, according to the National Park Service. One of those sets of remains is believed to be a shooting victim from the 1970s. A fourth set of remains were found in August of 2022, though there’s no update just yet on who they made be.

Perhaps some of the most interesting items found at the bottom of the lake include a number of shipwrecks. Some of these are fishing boats, but a few are old tourist barges that could have been in the lake for decades. Some have dated back to the 1970s.

Probably the most annoying of all the debris is the sheer number of tires found. There’s no doubt that tires are typically hard to dispose of, but the lake is no place for them, especially considering they could harm wildlife. Yet, there are dozens, if not hundreds of them, being found.

The Remains of a Plane

There are some types of artifacts that are in the lake that are quite surprising. One of those is a B-29 Superfortress plane. It has been known for a long time that the remains of the plane were in the lake. It went down in 1948 and is truly a unique sight to see. These are historically valuable as they tell the tale of the area. At this time, it remains submerged, but if the lake continues to dry up, it may be found. The cockpit of the plane is still intact, and pictures of it are readily available.

Decades ago, a cement aggregate plant was near the shores of the lake. In the 1980s, it was well known to have been there but was under 115 feet of water. Now, it is starting to protrude from the bottom of the lake. This plant was critical to the building of the Hoover Dam and played a big role in the process in the 1930s. Much of it remains underwater, but there are some areas that are beginning to become more obvious. If you enjoy a freshwater dive (and have permission), you may be able to see the rest of it.

Another interesting site that you may be able to see today is St. Thomas. This is a historic site that has long been known to be under the water. You can take a short hike out to see it when you are visiting if you like. The site is from a former frontier town.

It was close to the Muddy and Virgin Rivers. When it was in place, people would come and stop to relax as they were heading west. This Mormon town did not last long as it was wiped away by the expanding waters of the lake when the dam was put in. Today, you can see some of the remnants of the settlement here, including some foundations of buildings.

For those who are exploring the area and looking for things to find, some of the most interesting items are those that are simple, easy to miss items. To be sure, there is no treasure to be found in the lake (at least that is not considered likely.) However, there are a lot of simple things that can be meaningful.

Many people have found watches, though most no longer work. Some are quite dated. Children’s plastic toys are another item. It is easy to walk along the shoreline and find small items like coins, if no one has claimed them yet. Bottle caps are also everywhere.

What’s Still to Be Found Under the Lake?

Lake Mead has an incredible story and history. This area was built up over a long period and the area itself has long been used for many reasons. If the Lake Mead drought continues, it may reveal some of its other treasures like the Navy PBY Cataline flying boat that is known to be underwater here. Its pilot tried to make a water landing in October of 1949 and did not make it. Just five people aboard made it out alive.

There is also Fort Callville, which is about 15 miles from where the dam is today. This Mormon settlement isn’t likely to be seen for a long time thanks to sediment buildup, but it is underwater now. It was an important landing port during the Civil War. Many of the steamboats moving up and down the Colorado River stopped here.

Are You Thinking About Doing Some Exploring?

We can’t blame you for wanting to learn more or just to see the incredible sight of the lake at such a low level. If you are super curious and ready to check out what’s happening, why not rent a houseboat at Callville Bay and head out on your own treasure hunt? We just hope you’ll find true treasure and nothing more sinister out there.

Connect with callville bay
About Us

Guest Services is an authorized concessioner of the National Park Service and state and public agencies and operates under special use permits with the USDA Forest Service. Guest Services is a Committed Equal Opportunity Service Provider.

Any cookies that may not be particularly necessary for the website to function and is used specifically to collect user personal data via analytics, ads, other embedded contents are termed as non-necessary cookies. It is mandatory to procure user consent prior to running these cookies on your website.